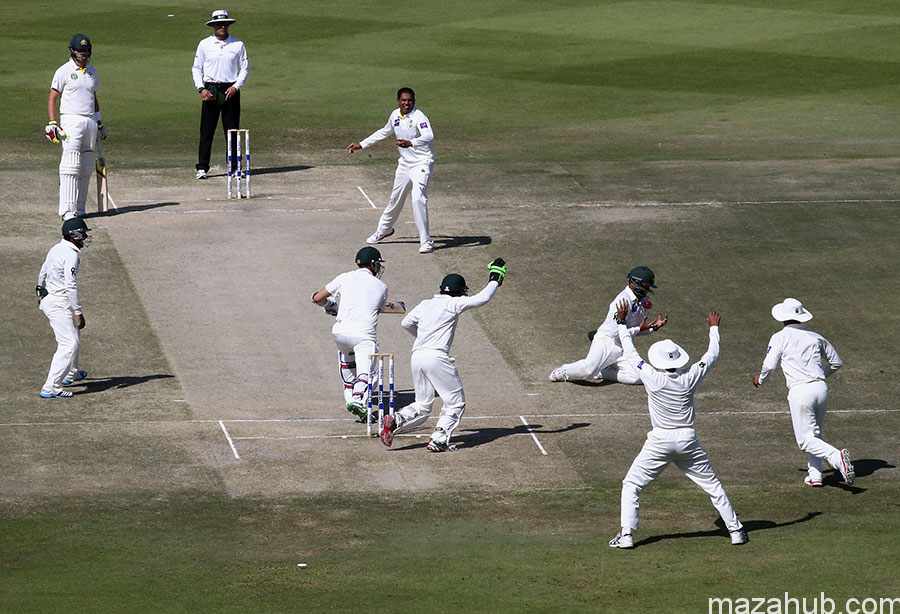 Pakistan played test series against Australia. This series contained two test matches. Before this series, Pakistan had lost the ODI and T20 series.  Even after a nonsense selection of bowling attack with no bowler played more than 10 matches! We still Won!!

Well played Youngsters!! A Good Team Effort over all. Another important and good thing is that this is the largest victory of Pakistan in test against any team. Especially against Australia, such a large victory is remarkable and all the credit goes to the young new bowlers and Younis Khan.

Pakistan won the 2nd test. Pakistan had already won the 1st test and had to win this match to win the series. By winning this series, Pakistan has gained ranking of 3rd position. All the players’ especially young talented bowlers gave their output. This was the biggest victory of Pakistan in test against any team. Pakistan won this match by 356 runs. Pakistan won the toss and chose to bat first. Pakistan had confidence due to their performance in 1st test. Captain also played his role in this match. The best test player in Pakistan team “Living Legend Younis Khan” did double century in 1st inning. Besides them, Azhar Ali did his century. Australia couldn’t out these players because in UAE, Australian players are not used to play. They are used to play on fast pitches and in low temperature conditions. Every bowler tried to out Younis Khan but he remained on the crease. He played several reverse sweeps, his favorite shot in test match. In doing so, Pakistan at last reached the final score of 570 runs with loss of 6 wickets. Run rate was neither so bad, it was 3.47. Australia started its 1st inning and no batsman can stand on the wicket for a long time to cause effective partnership. Only Mitchell Marsh did fifty and scored 87 runs. Besides him, Clark was able to score 47 runs. Pakistani Bowlers didn’t allow any batsman to play for long. Imran khan got 3 wickets and Yasir Shah got 2 wickets. Spinners like Yasir Shah and Babar really impressed everyone and helped Pakistan to win the match. Australia team all out on 261 and Pakistan already got lead of 300+ runs.

Pakistan started its 2nd inning and already had lead of 309 runs. Surely, Pakistan had to declare inning after scoring some runs because lead was already enough to beat kangaroos. This time legend Younis Khan couldn’t do a century. He failed to score even fifty. But captain played an inning like captain should play. Misbah did fastest fifty and also the fastest century in this 2nd inning. Misbah shared this record with Sir Richards who scored century on 56 balls. Azhar Ali joined hand with Misbah and completed his century for Pakistan. These two amazing centuries added enough scores to team target for Australia. Ahmed Shehzad started his inning well but couldn’t carry up for long. Pakistan score reached to 293 with loss of 3 wickets. Pakistan decided to declare the inning. Australia was given the target of approx. near 600 to win this match and they didn’t had enough time for that. Australia started batting and their mission of course was to declare the match. It was all upon Pakistani Bowlers, how they could save this target by getting wickets. At last as expected, bowlers out the whole team on 246 and Pakistan won the 2nd test with margin of 356 runs. Australia was not expecting such a bad result after winning T20 and ODI series. Our bowling selection was even not wise decision because no experienced bowler but still we made our way towards the victory.