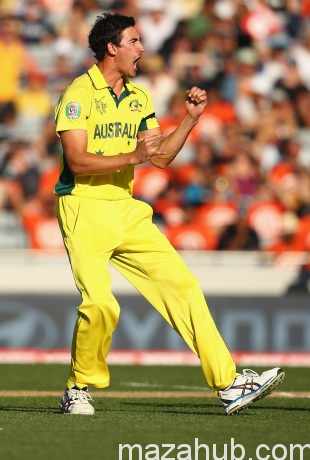 Australia team is really great and powerful and they have more chances to win this match. Stay tuned with the highlights of the match after the match.

This is very important match of Australia let’s see the highlights that what will happen in this match.

Last match was between Pakistan and Zimbabwe. Zimbabwe has never been an equal team to Pakistan, but its performance in the last match was superb and it gave really very difficult time and target to Pakistan. Zimbabwe doesn’t have the good stock of players but still very poor performance of Pakistan made Zimbabwe to play so well. Pakistan did bat first and the start was not good like most of the times.

Openers went in the starting overs and the scores were even not in double figures. Pakistan lost its early 2 wickets very early. Then Pakistan stabled itself for some time but no partnership could run too long. Misbah really played the captain inning and he did 70+ runs. Umar Akmal also played better as compared to its last performances. No other batsmen in the upper and middle order could do well. All the players got out after making just few runs. Shahid Khan Afridi went on 0. The only man, who saved the Pakistan from the worst defeat against Zimbabwe is Wahab Riaz.

He came to crease at the 7th position and he changed the side of the match. Pakistan were seeming to give the target like 200 or lesser than that. But the maiden world cup fifty of Wahab Riaz proved very useful for the team. Pakistan did last fifty on just 49 balls. Wahab hit boundaries in the last overs. Ultimate score was 235 runs. Zimbabwe did bat and the Irfan took attacking start. The first 2 players went down in just a few overs.

But third partnership was very difficult to break. Ross Taylor and Williams both are experienced and different kind of players. Taylor has been performing in all the world cup matches. That partnership shook the Pakistan once but again Wahab saved Pakistan by taking the wicket of the Williams. Irfan took 4 wickets and Wahab also took 4 wickets. Middle order of the Zimbabwe collapsed and Pakistan won the match by 20 runs.

Misbah also took one of the difficult catches of this world cup. Australia and Afghanistan will have the match tomorrow. Australia is at the 4th place and Afghanistan is at the 5th place. Although difference between the level of both the teams is extra ordinary but both the teams have almost the same run rate. Both teams have won the same number of matches in this world cup. The result of this match is as clear as it would be after the match. Australia is, of course, going to win this match.