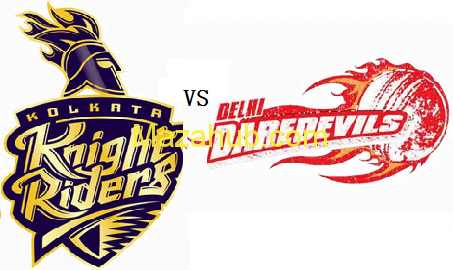 DD vs KKR Ipl 7th may

DD vs KKR Ipl 7th may

A Survival match for KKR will be played against DD at Dehli. KKR is suffering because four back-to-back to defeats. So incoming matches for KKR will be very important if they have to qualify for the Final. DD also need some consecutive wins to come on the top.

Kolkata is suffering alot because of bad performances from it’s key players. Their biggest concern is with the collapse of batting line up. No batsman is playing with consistency so they have to face four consecutive defeats. Ghambhir might plan some change in batting order and may use the alternatives because of the failure of current players. Skipper Gambhir himself is also doing nothing as he gone on duck in 3 matches and his 54 runs innings also went in vain as KKR lost that match. The only hope for KKR batting line, who have performed consistently until now, is African’s Jacques Kallis but his strike rate is not less than a burden on KKR. So, a thriller innings from one of aggressive players is mandatory in every innings.

The main weapon for KKR in bowling is west-Indian Sunil Narine who is the leading wicket taker with 11 wickets in tournment. He is bowling quiet efficiently nearly in every match. anyhow, Wasim Akram, the bowling consultant, will have to prepare the others as well for the remaining 16 overs. With just two wins in 7 matches, KKR needs to snatch the match from DD on their home ground.

DD is also facing the same situation as the star t20 player Kevin Peterson has failed fifth time in last match against Chennai resulting in 8 wickets defeat. But Dehli side has gained a lot from last match against Chennai. Dinesh Karthik’s performance is good symbol for DD alongwith Murali Vijay and Quinton De Cock. Duminy can be proved the key player for DD as he has proved himself in a lot many matches. Lower ordered Yadhav sudden emergence as a reliable and hitting batsman has courage  the side for chase. The only thing in batting DD needs is the performance from leading batsman of t20, Kevin Peterson.

Pacers have been very impressive in bowling side. The outstanding bowling from Parnell is expected to be consistent. Shami and Unadkat have had the similar results with the bowl. Shahbaz Nadeem and JP Duminy are spinners in DD side who can fetch problems for batting.

So, be sure the match will be very tough for both like the rock and chances for win of both sides are 50% but i will presume the KKR as winner. So, must watch it and enjoy the thriller.