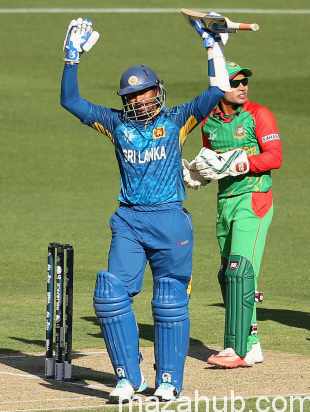 Today England team will have to try to win the match because they’re going too down . They should not get excluded from world cup matches too soon.

But still England team have less chances to win the match.

England team scored 306 after losing 3 wickets in the 50 overs .

Sri Lanka team chased the score successfully  and they won the match.

West Indies lost the 2 matches out of 4 matches. South Africa has made new records yesterday. One man army, AB De Villiers did absolutely awesome. AB De Villiers has made the fastest 150 runs of the cricket. He did 162 runs on just 66 deliveries.

AB De Villiers has the good record of scoring against any team and against any bowler. Holder is the best West Indian fast bowler in this tournament. And he just has 9 runs in his first 5 overs, but AB De Villiers hit him too much boundaries in his last 3 overs. He gave 34 runs in his 2nd last over and 30 runs in his last over. South Africa had the 300 runs in the 45 overs. It scored 100+ runs in the last 5 overs. South Africa confidence level increased after such a shocking performance and it bowled well. It is the biggest victory in this world cup against any team by 257 runs.

Today, 2 matches will be played. 1st match is between New Zealand and Australia. India and UAE will play the next match at 11:30am. Tomorrow, 1st match is at Wellington. Sri Lanka will face the England. Sri Lanka is holding the 2nd place. England is going through very bad conditions. England has just won 1 match till now. This might be due to many factors.

England has been pressurized after its first 2 defeats. It is very difficult for England to come back. Sri Lanka can come to the 1st place if it wins the tomorrow’s match through very good difference.