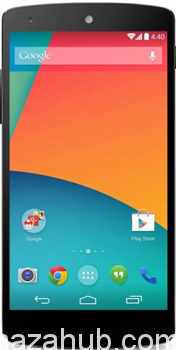 Hi guys , today i’m going to discuss the great phone also by Google as every year but as we all know that Google is not a smartphone production company itself but every time they choose the specialists and best companies to launch their Nexus phone as previously they launched their phones by famous smartphone companies like Samsung, Lg which released the phones like Nexus 4 or Nexus 5, Now they’ve chosen the Motorola to launch a new device named Nexus 6 and this will be a great release by them and this phone is alternatively named as Nexus x as expected by name this will be a giant phone from previous whole series. We recently came to know that Android Silver will also be launched with it which will be latest android OS and will containing more new feature so all Nexus lovers should be happy to know about this.

As per expected date is 15th or 16th October.

It has android operating system, Qualcomm Snapdragon 805. It is faster than previous models as it has 2.7 Quad core Processor. Current thinking is that the new phone will be called the Nexus 6, although as these are the model of replicate in Blade Runner, there could be legal issues that force the company to use Nexus X instead. We’ll have to wait and see on that one. As we move closer to the launch date, we’re getting more and more leaks, letting us put together a fairly good picture of what the phone will be like.

It come with a quad core processor which will be high blazing speed because of 2.7 Ghz Krait 450 it’s latest processor in the Krait series and previously it had just Krait 350. It’s comes with true 8 core chip of quad core processor. This will be really new technology and blazing fast as it has 8 logical cores inserted in it.

As previously we’ve discussed and know that every time Google release new Operating system with it’s new device, it is expected in this cell phone also that Nexus x or Nexus 6 will be coming with Android L operating system, also known as Android 5.0. Because every new Android OS comes with the name of candy when it was announced it’s also named as ” Android Lolly-pop”. As usual google always offer a new OS with a new and powerful hardware too and Android Kitkat was launched with the launch of Nexus 5 and that’s hardware was compatible with that Nexus.

It’s the only first Smart Phone by google or any other company which is expected to come with 3,4 GB Ram because recently phones released and Samsung also reached to 3 GB of Ram so we expect for a better ram and built in memories as per expected 16-32 GB memory as it’s built in and can’t be removed like in any other cell it’s different and we also can’t insert the memory card into it. But it come with huge internal memory that’s why we don’t even need the external storage for it

It comes with the latest GPU Adreno 420 which is latest graphics chip-set and with this you’ll be able to play all the High end full resolution games with enjoy.

It’s camera is not different for other competitors latest phone it comes with 13 MP primary camera and the front camera of this phone is 2.1 MP secondary camera. Nexus result is out class in camera and it’s not beatable.

Non-removable Li-Po battery. it’s life is not been announced yet. But will be updated here as we’ll come to know about it

So what will come with the box. In the box of Nexus 6, there are three basic things the phone (of course), its charger and Hands-Free Headset.

Leaving all features we can expect a better features except Finger print senor or we’ve got the health care application sensor in the iPhone 6. We’ll able to get the new ability to connect to any android smart wear with this mobile because the company is moving toward it . Android L will enhance this experience.

Android Police has reportedly seen the Nexus 6 in the flesh, and it’s essentially a super-sized Moto X with a 5.9in screen.

Code named Shamu, the Nexus looks almost identical to its Motorola brother from the front, with dual black front-facing speakers and a round, pebble-like shape.

The Nexus 6 could be the first device to run the next version of Google’s operating system, which we now know to be Android L, after it was announced at Google I/O, earlier this year, though its final name isn’t known. The most recent two (the Nexus 4 and Nexus 5) were both made by LG and it’s most people’s understanding that it’s time for Google to shift the gauntlet to someone else. Namely, Motorola.

In fact the Wall Street Journal has spoken to sources who have confirmed that we’ll be saying “Hello Moto” when the Nexus 6 is launched hopefully sometime this month.
The Nexus 5 is certainly no slouch thanks to its quad-core 2.27 GHz Snapdragon 800 CPU with 2 GB of RAM but a move to a 64-bit CPU could potentially make the Nexus 6 a real powerhouse. Battery life though is one of the Nexus 5’s weaker points and we hope this is something that will be addressed for the next handset.

The 8-megapixel camera with flash and optical image stabilization on the Nexus 5 is good but it’s no match for leading cameras on the HTC One M8, Sony Xperia Z2 or the Samsung Galaxy S5. There’s definitely room for improvement here. This has been key to the success of the most recent Nexus smartphones. Offering excellent value for money. When the Nexus 5 originally went on sale it cost £300 making it cheaper than leading smartphones from HTC, Samsung and Sony. It even dropped down to £240 at one point making it even more of a steal.

We’d like to think Google will still be able to offer the new Nexus at a similar price point as there are very few phones in the same price bracket that can compete with it. However, if Google does decide to go with this new Android Silver approach, this could spell the end of a reasonably priced, well-specced SIM-free Android phone and that would be disappointing. Google always come with some brilliant specs and they always have a low price than other brands smartphones and now days everybody is talking about Nexus 6 as it is the most awaited smartphone. Really, the phone will break the all records of phone selling globally. There are some rumors also in the market that Google is replacing it with new silver. But I am sure that Google is not going to end this popular series even new sliver series may be launched in the market. The consumers are so curious to hold Nexus 6 device in their hands and waiting for it.

The expected price of this nexus 6 will be around the 400 dollars or £300. The price after release will be near to this and as per technology of the Google it’s really cheap but always Google provide cheap phones with a lot of facilities not like others they never think about money. 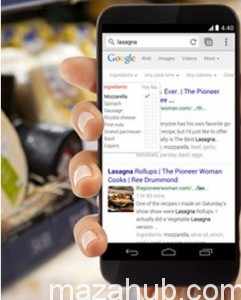