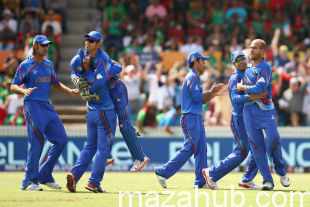 Sri Lanka and Afghanistan will play the 12th game of the world cup tomorrow. Match will be played at University Oval, Dunedin. Sri Lanka and Afghanistan both hadn’t taken a good start of this tournament. Today 2 matches were also played. 1st match was between Pakistan and West Indies. Pakistan lost this match very badly. Pakistani team did a lot of little blunders which resulted in the defeat of the team.

Except batting and bowling line, fielding also played the equal role in losing the match. 2nd match was cancelled between Australia and Bangladesh. Bangladesh and Australia both teams got the 1 1 points in this match. Sri Lanka and Afghanistan both have the chance tomorrow to take a new start of the tournament by winning the 12th match of the tournament.

New Zealand beat the team by 98 runs. Sri Lanka bowling couldn’t do very well in that match and New Zealand got success in giving the good target. Bangladesh beat the Afghanistan by 105 runs. If you see comparatively, Afghanistan has the better bowling as compared to its batting. Like Bangladesh could only do 267 runs on the pitch where routine targets are 300+.

But Afghanistan could only do 162 runs and lost all of its wickets. So Afghanistan needs to work on batting tomorrow. But Sri Lanka is much better team as compared to Bangladesh. So Afghanistan is going to loss this match in a worse way as it lost the match from Bangladesh.