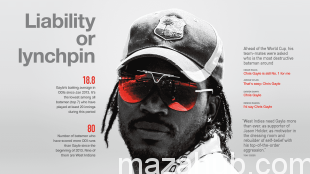 England won the 14th match of the tournament. England played its 3rd match against Scotland. England had lost its 2 matches. England has totally played 3 matches till now. England lost the 2nd match very badly from the New Zealand. English team got all out on the total of 123 runs. But today, England did excellent come back and win the match with big margin.

But one thing shouldn’t be forgotten and that is that Scotland is the weaker team of cricket. While 1st 2 team whom which English played were quite good and competitive. England should win all the next matches with good run rate because it had lost the 1st two matches very badly and that resulted into the very poorer run rate of the England. Match was played at Hagley Oval. England while batting first gave the satisfactory target and that was 303 runs at the loss of 8 wickets. 8 wickets should not be lost because Scotland hasn’t the good bowlers.

But still, such a good target was given. England has the good bowlers as well as Scotland doesn’t have the good batsmen. Scotland team got out at the score of 184. England won the match by 119 runs. Scotland has played today its 2nd match. 1st match was against New Zealand and it really gave very tough time to New Zealand. Scotland has lost all of its matches up till now. 15th game will be played tomorrow at the Manuka Oval, Canberra.

Match will be played between West Indies and Zimbabwe. West Indian team is also emerging again as the strong team after it had won the match against Pakistan in a very attractive way. Zimbabwe has also played its matches. Zimbabwe had lost the match as well. Match will be started at 08:30am according to Pakistan time. West Indies is at better position in the pool and has the quite good chances of qualifying for the quarter finals.

West Indies and Zimbabwe both had played the quite good number of matches and series and both the teams know each other players, talent, skills etc. West Indies is also the current champion of the T20 cricket.