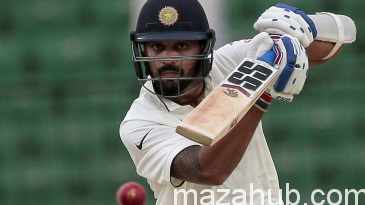 India and Bangladesh will take start of their test series tomorrow. This series is taking place in Bangladesh. India is visiting the Bangladesh this time. This is the sort of good sign for Bangladesh. There are multiple reasons why Bangladesh is get successful in organizing too much back to back series. Now let’s see that Ind vs Ban 1st Test who will win. This is the best chances for India also to defeat the drawn team. This series is not only important for Bangladesh but for India as well. India had lost the test series outside Asia recently. Due to that, its position affected very badly. Bangladesh and India are however playing the test series after long time. Bangladesh is hosting this series. This match is going to be played at the Khan Saheb Osman Ali Stadium. Also or formerly known as Narayanganj Osmani Stadium Fatullah Cricket Stadium,Fatullah Khan Saheb Osmani Stadium, Fatullah. This test series is followed by the ODI series. That ODI series will also be played in Bangladesh. Test series contains only one match. It is only test match containing in this series. Both the teams have the do or die situation. Any team who will win this one match will win the series as well. So both the teams are totally dependent on this only test match. After this, one day international series will be played.

Players of Bangladesh can easily survive in these weather conditions. However these conditions are not very different for India. India also has the same climate conditions. One major factor is crowd. Passion and support of the nation can make any team win. Bangladesh nation is always supportive for its team especially cricket team. Its support can be seen in all the previous matches of history whenever Bangladesh had reached to the final or semi-final matches in the big tournaments. In Bangladesh, there is going to be more support for Bangladesh as compared to India.Ban vs Ind 1st Test Will be very good for both of them.  Moral support matters a lot. India vs Bangladesh 1st test is great. India will be in pressure due to the opponent ground. Also too much opponent pressure can make this match difficult for India. India is good and more strong team. Bangladesh players are not used to play very long series except few players. India is highly experienced in this because it has all the experience and old players in the team. Indian players have the capability to stand on the crease for days.

Coming to the team of Bangladesh, it has improved itself very much since last few series. Players are playing like very mature players of cricket. This is going to pay off the Bangladesh. But ultimate hard work is required to win this match or series as the opponent is India this time.

India doesn’t need to be discussed. It has got the classic players. Mostly players are highly experienced and have played lot of series against all the teams. They have played all over the world. Overall, India is the strong team and it is more favorite for this series.