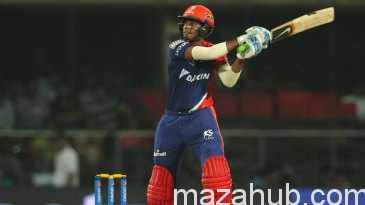 Mazahub.com best prediction site MI will win the toss today according to our astrology and calculation prediction.

Today it’s now 32nd match of IPL8 and according to our calculations the team mentined below will have more chances to win the match.

Firstly most of the people would have thought that this is the match between two tough teams of Indian Premier League but they should keep in mind that Mumbai Indians is not the same team this time. It has suffered from very ups and downs. It is rather in the weaker teams of Indian Premier League season 8. It really needs to win the most of the matches with good margin. It should win all of the next matches. It is at the second last place. Mumbai Indians has played the 7 matches. Out of those 7 matches, it had won only two matches.

That remaining 5 defeats were also with enough margins. But Mumbai Indians should continue to work hard because it has the chance to come back. Reason is that the team even at the 3rd place is just two points away from the Mumbai Indians. Matches are remaining. It should try to win the next 2 or 3 at least matches to come up with good run rate. First match has been played between these two teams. Rajasthan Royals had beaten the Mumbai Indians in that match. Rajasthan Royals had won that match by 7 wickets. Actually Mumbai India doesn’t have more chances to take on. It should start winning right from this match. Then it would be able to qualify further. I am saying all this because I know that Mumbai Indians has the talent and it can win the matches. It has got the very good team. Problem is that may be players are pressurized now.