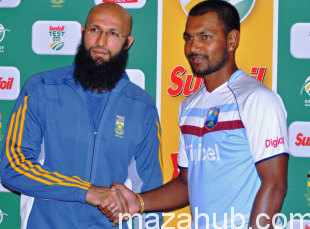 South Africa is quite good team. It is known as chokers because it hasn’t won any big cup like cricket world cup and champions trophy. It hasn’t won any cup because this team hasn’t the potential to lead the team. Although it had qualified for the next rounds, even for the quarter finals and semi-finals but couldn’t make to win the cup. Team of South Africa always remained good regarding the potential and skills of players but it never had proper and good captaincy and coaching. Current team has diversity of players but still, it is not favorable for the world cup 2015. South Africa needs to work on its captaincy. Its batting and bowling both are quite good. Means it has the good batsmen and bowlers. Batsmen include De Villier. He is considered to be one of the best batsmen of the present cricket. He has the variety of shots. He has the new talent. Once he stands on the crease for a bit, he plays all the deliveries according to his own will. He has the favorite shot of reverse sweep. Hashim Amla is another big test batsman. He has played many matches for Africa. Currently, he is the man who has done many fifties and hundreds for his team.  Besides them, JP Duminy and other batsmen are also famous. Bowlers include Dale Steyn. He is probably the best bowler of the present cricket. He is the faster bowler with a quite excellent pace. He has the record that he has the minimum no balls in the test cricket.

West Indies is the average team having a bit new talent like Sunil Narine. West Indies doesn’t own the players who can stay on the crease for a long time like for multiple overs. Also this series is happening in the South Africa, so West Indies will have the pressure of opponent’s crowd. West Indies is not used to play on the pitches of South Africa. South Africa has rather fast pitches. West Indies has already lost the 1st ODI. West Indies team contains Chris Gayle. He is the hard-hitter. Mostly players in the team are those who play very fast. However, Sammy is the good one and he does sensible batting. Sunil Narine is the good and probably the best spinner according to technique and he has taken many wickets for the West Indies.