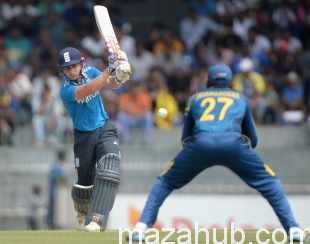 In the last 4th matches which were being played in different stadiums of Sri Lanka, 3 were won by Sri Lanka and England succeeded to win only a single match. Sri Lanka won those 3 matches very easily. England one only one match and that was also due to rain factor.

Must watch the previous matches of series have a review :  England vs Sri Lanka Series

This is the 5th match which is going to be held tomorrow. Both teams are fully prepared to face each other. This series is not happening on the neutral ground. Rather it is happening on the home ground of one team “Sri Lanka”. Both teams have the chance to win this match. Especially England performance in all the last 4 matches didn’t remain satisfactory.

It is necessary for England to come back to series by winning this match. This is the important series as it contains 7 ODI matches and it can affect the international ranking of each team.
Sri Lanka has played really very well but due to rain play has been unexpectedly skipped. So match will again resume tomorrow . We have to wait for tomorrow now To get the decision of this match and we all know that Sri Lanka won 3 matches of this series and they can also win this one. Still series is already in the hand of Sri Lanka

This match is going to be held in ground of Pallekele International Cricket Stadium, Pallekele, Sri Lanka. So let’s review the stats of all the previous teams played in this ground.

It’s again like previous matches . Weather prediction and forecasters reported that Showers should be possible and also during the match there can be heavy drizzle. Now weather is also not supporting the match and Sri Lanka is in the home ground so they have edge of this.

Sri Lanka team also won the previous matches. This match can also be won by them because they are in the home ground and this ground also supports Sri Lanka . They have 80% astrology chances to win the match.

Total matches played between these two team are 62 England has a lot of pressure and is not doing good. England has won only 1 match in the previous 4 matches of the series. If England wants to win the series, this match is the last chance for it to come back and win this match. England needs to win all the upcoming 3 ODI matches to win the series. If England fails in any one match, then it will surely lost the series. England needs to concentrate on its captaincy, planning and coach techniques. England is not doing well and there can surely be some reasons. England has never been good while playing on these slow and spin matches. Grounds of England are quite fast and it is quite successful while playing on those grounds. England has some good players but use of proper player at the proper time matters a lot. England needs to concentrate on their bowling. Even England did good score in some last match but bowling remained fail to defend it. England must win this match. However, ground realities are responding that Sri Lanka can win this match very easily due to the above mentioned reasons.