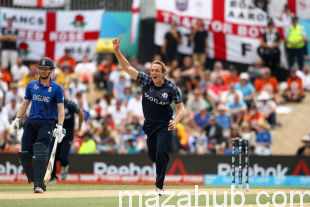 Today, Pakistan had the easy chance to qualify for the quarter finals before the start of the today’s match but Ireland has made it difficult for Pakistan to do so. Ireland has won the match today and now Pakistan needs to won all the next matches.

Pakistan has to play 4 matches more in this pool. And Ireland needs to lost from the Zimbabwe, then Pakistan will be able to qualify for the quarter finals.

Today’s match was interesting because UAE, the weakest team, gave very tough time to Ireland. Ireland is emerging as the very good team. Ireland has won matches against strong teams.

Today, bowling side of Ireland was not remained so impressive. But however, end result was in the favor of the Ireland. Ireland has won it although difficulty but won it by 2 wickets. UAE made 278 runs at the loss of 9 wickets.

Since Ireland has got the very talented batsmen as compared to UAE but still, bowling of UAE didn’t allow the Ireland team to chase it down in the very easy way.UAE played and respond equally. Ireland batsman got good start like openers remained on the crease in the starting overs.

Ireland just won the match in the last moments in the last wicket. Match was played at Brisbane. Now Ireland is quite hopeful for qualifying for the quarter finals.