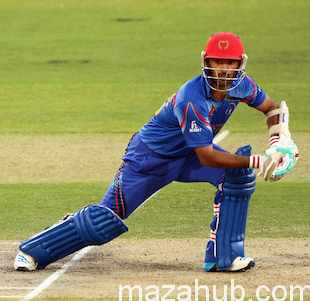 Bangladesh and Afghanistan will play their first match tomorrow. Match will be played at Manuka Oval, Canberra. Both are the weak teams. Afghanistan is the weaker team. In both of them, Bangladesh is someway better as compared to Afghanistan. But what is happening in this world cup can cause any team to win any match. Both teams had played warm up match. Bangladesh did play its warm up match against Pakistan.

Pakistan won that warm up match but Pakistan lost its 1st actual match against India. This is the 7th match of the world cup. Bangladesh is the regular cricket team who is used to have series and matches. Each year, ICC announces the series and matches that each team has to play.

In those announcements, Bangladesh is also given some series. But this is not the case with Afghanistan. Afghanistan doesn’t play regular series round the year. But Afghanistan has totally different kind of players. Bangladesh has lot of players who all are experienced and had played many matches for Bangladesh. Bangladesh will also have the advantage of the domestic cricket. Bangladesh has also organized the Bangladesh Premier League.

All the players took part in BPL and these tournaments pick up new players from the country. Besides this, Bangladesh players also use to play Indian premier league IPL and other such paid matches. This all add to their experience. Bangladesh has the versatile players.

Players are like that who differ from situation to situation. If there is the need to play very fast, there are different players. If there is the need to stop the wicket, it has the players for this also. Afghanistan doesn’t have the well-defined players for each and every position. Small teams also has the disadvantage that team can’t play even full overs of the match like 50 overs. Batsmen are inexperienced. They can’t get through all the difficult overs.

Wickets use to start falling and at the end, team gets out after playing 35-45 overs. If Afghanistan wants to do good tomorrow, its openers should take strong and long start to support the middle order. Bangladesh has got the good all-rounders in the team. Bangladesh has the main batsman at the upper order.