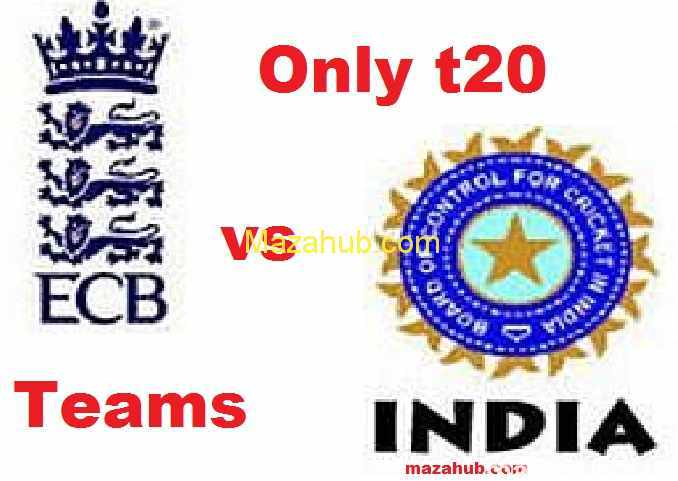 India vs England only t20

England vs India Only T20

After bashing in the previous series of ODI’s . The ups and downs of the both teams came by which in the test series England won and after that in the revenge the India team won the One Day International series. So today the only one T20 is going to take place in the ground. This one you can say just for enjoy match or it can be very changeable because if India or England both want a real winning title of this tour they should win this match because this is also a deciding match that both of them won one of the series from each other so if any one will win in T20. It’ll be a honor for them in the ground and for the crowd . After the last and final ODI England team has also got the real confidence but this is not enough to beat the world champion T20 team India because they also keep practicing and get knowledge in the IPL. Nature has got both team in such a situation that they will face a big challenge for each of them.

MS Dhoni’s leader or captain of team had re claimed the power and stamina of their players . The great player of this team Shikhar Dhawan given a great come back to the crease of ground and hitted up good scores also fifty plus in the recent match and he can get a good backup for the India team during the match. Ajinkya Rahane is also a great player who let the India team won in 30 overs and they finished up the match . Suresh Raina a t20 player also supported them all very well and then there is also a great loss of Virat in the team that India team is going to face because he’s the brasher of this team. So the great T20 Champions team is going to play the England vs India Only T20 today and they all are set up for their great performance and knowledge of all the IPL.

A great britian team and they have well record in test series but they had lost bunch of match in the ODI’s and due to that they had loss of confidence and then to gain it . Eoin Morgan is the new captain and he is handling the leader ship after the loss of their previous leader and his leading abilities are also very well and he can set them all up to have a great performance. Edin Morgan told media that win in the last ODI was a great boost for them and in this England vs India Only T20 they will try their best to have a victory .

There will be little cloudy weather during the match but playing condition are very good and he can play well on this pitch.

So this England vs India Only T20 is going to be played Edgbaston, Birmingham, England . The highest score here is also by the host team and scores are 347 by England team against the Bangladesh cricket at 12th July 2010 . Highest scores which was successfully chased in this ground are 280 by Australia team against England team on 21st May 1993 . This chasing is long time ago . The teams won batting first are 22 and the teams won who bowled first in this ground are 23

India vs England only t20

Tagged with: Cricket highlights Ind vs England Only t20 07th September 2014 Prediction who will win England vs India only t20 Today match timings Eng vs Ind