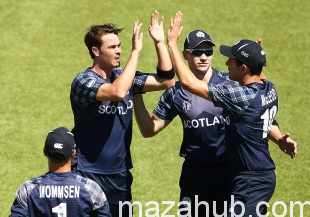 Today 12th match was between Sri Lanka and Afghanistan. The match was worth watching in which Sri Lanka just won the match after such a hurdles. Match was played at University Oval, Dunedin. Afghanistan did bat first and played absolutely brilliant. Sri Lanka couldn’t bowl in a way it should do. Afghanistan gave the target of 233 runs. Afghanistan made 232 runs at the loss of 10 wickets.

Afghanistan played almost full overs. In fact, it is the great achievement for the team that its players had played the full overs against such a strong team. Sri Lanka has the quite good bowlers. At this ground, 233 is chase-able.

It means Afghanistan has got the very good bowling line. A little more target could trap the Sri Lanka in the difficulty. 2nd match of today is in between India and South Africa. India did bat very well and gave the target of 308 runs. This match is being played at the Melbourne.

At this ground, to chase such a target more than 300 is unusual. India has almost won the match but South Africa is also playing bit fast after 15th over.

South Africa lost its 2 wickets very early but 3rd wicket partnership is going good. Match is still being played and both teams has got the good reasons to win it. Tomorrow’s match is between a strong team and a weak team. Yes, match is in between England and Scotland. England has played the 2 matches till now and Scotland has played the only one match. Scotland had been beaten by the New Zealand few days ago.