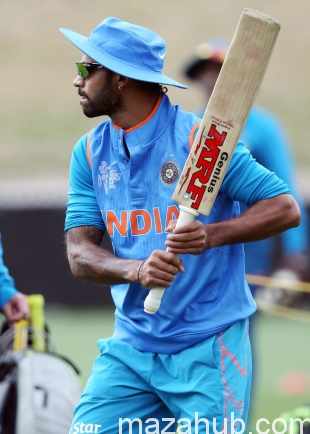 Today after the review of this match and game and astrology prediction. India team have 83.4% chances to win the match.

Ireland will win the toss and choose to field first according to our calculations and astrology predictions.

Forecast is reported as well weather but still it will be little bit partly cloudy weather. Today this condition is not well for India because they don’t this weather much.

This match of Will be played at Seddon Park, Hamilton

Most the highest score there in past were 363 by West Indies vs New Zealand.

The scores that will be successfully chased in this ground easily are 350 by New Zealand vs Australia.

Lowest scores on this pitch were 122 by India vs New Zealand.

Low scores Which were saved successfully by team were 158 by New Zealand vs Sri Lanka.

Teams who batted first on this pitch won 9 matches.

Who got to bowl or field first in this ground teams won 14 matches.

Today India team have more chances to win the match because they have good bowling skills and this pitch also support this very much. So today they will win the match if they choose to field first.

India has the good run rate going on. India has the maximum points that a team can have. India has the 8 points. And such a high run rate shows that it had won all the 4 matches against different teams with either very good runs or excessive number of wickets. So it won’t be easy for Ireland to win the match against India.

Ireland has the guts. Like it is not the regular or very extra ordinary team of cricket but on the basis of talent only, it has won the 3 matches out of 4 matches played till up to now. But match against India is really very difficult to sustain.