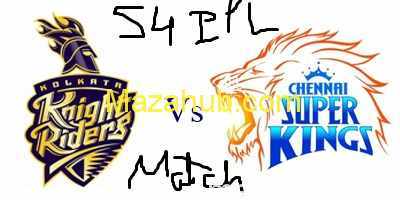 Today second match is between Kolkata Knight Riders vs Sunrisers Hyderabad. This is very important match for Sunrisers Hyderabad because SRH has lost a lots of matches. If SRH lost this match they will get out from the tournament many talented players in SRH but they failed to perform well in this tournament due to bad luck. They have very talented players in their team to make them unchallengeable like Aaron finch, Shikhar Dhawan , David Warner. These Players don’t need any introduction they played very well and hit sixes very aggressively. In SRH we can’t ignore their captain Darren Sammy. He is very young and very talented player and bowler and batsman and captain also we can say him a perfect all-rounder in SRH. They have also such a great bowlers like Dale Steyn , Karan sharma and parveez Rasool. Dale steyn is a very good fast bowler he can bowl with new and also rough ball very impressively. He has an ability to bowl both the swings In and out. Karan sharma is  the attacker spinner of this team and they use him for attacking and wicket taking and his bowling is very smoothly wicket taking he is very dangerous for the opponent batsman.

On the other hand we can’t ignore the KKR. It is a good team they all played for their team therefore they are securing the third position in the IPL point table they have total played 13 matches and won 8 matches and lost only 5 matches this is all due to their team work and passion and the all credit goes to the Kolkata Knight Riders Captain Gautam Gambhir. Gautam Gambhir is a very good left hand batsman. He played good innings in any time or at any venue. In KKR there are lots of players which have an ability to change the side of a match at any time or at any condition. The main players of KKR are Jacques Kallis , Chris Lynn, Robin Uthappa , Shakib Al Hasan . Jacques Kallis is the best all rounder in the history of the cricket. He is very mature and sensible player. He cn bowl in Depth over’s and save his team from losing.

Shakib Al Hasan is also a very good batsman and talented player in KKR he is also a all rounder and played very good strokes. If KKR wins today they will attain 2nd position on the Pepsi Ipl 2014 points table.