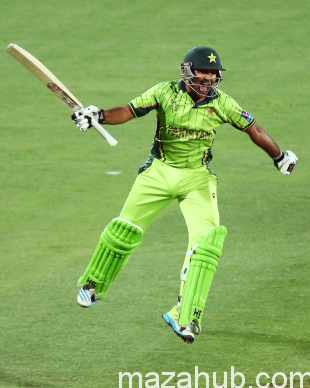 Today after the analysis of the pitch and weather and teams of the match who are playing here.

Pakistan team have 88.3% chances to win the match.

Today MAZAHUB.com Predicts that after the calculations of the match and astrological prediction says that. Pakistan team will win the toss and choose to bat first.

One of the important matches of Pakistan is going to be played tomorrow between Pakistan and Australia. From now onwards, all matches for Pakistan are knock out matches. Any single defeat in any match will result the expulsion of Pakistan from the tournament. Today, an important match was played. It was the 2nd quarter final between India and Bangladesh.

This match was somehow important for Pakistan as well because the winner of this match will play the semi-final against Pakistan if Pakistan wins the match against Australia. Match was as it was expected. It was the prediction that India is going to win this match and the same thing happened. India won the match. Match started at 08:30am and the Indian openers opened the batting for India.

Openers really did well. India just had lost its 2 wickets at the total score of 100. Rohit Sharma made the day for India. This man came to crease at the start and played a very long and responsible inning for Pakistan. Both the teams worked hard.

Besides Rohit Sharma, Suresh Raina helped the team by lending the hand with Sharma. India’s middle order paid off. At the end of the inning, India gave the target of 303 runs.

India knew that Bangladesh couldn’t chase it because such a big target of 303 runs against such a strong team in the fast cricket ground like Melbourne is not easy. However, Bangladesh tried 2nd wicket of Bangladesh fell down only due to the carelessness of batsman. This is the symbol of the small team. Bangladesh then started losing its wickets without doing any remarkable runs.

At the end, Bangladesh’s whole team got out on the total score of 193 runs. Even 5 overs were still remaining but that was of no use. India has won this quarter final against Bangladesh by 109 runs. Now, it’s the turn of the 3rd quarter final. This is between Pakistan and Australia. Both are completely ready to face each other. It is true that both the teams haven’t played any series since past few years.

Both the teams have although played many head to head matches. Match is going to be very interesting. This match is the biggest match for Pakistan of this tournament. This is the knock out match. Pakistani nation fans have a lot of hopes from their national heroes.

But it’s not that easy for Pakistan to beat the Australia. If you critically place both the teams, you will see that Australia has the 60% chances while Pakistan has just 40% or even less than that to qualify for the semi-final.

Pakistan has once more time a very difficult situation to pass through. Pakistani team is in trouble since the start of the tournament. Firstly at the start, key batsmen and bowlers of Pakistan couldn’t make their place in the squad.

Australia is the team who has won the most number of world cups. Pakistan should try its best. Australia doesn’t have any type of lack. Australia can win the match very easy if Pakistan won’t work very hard.