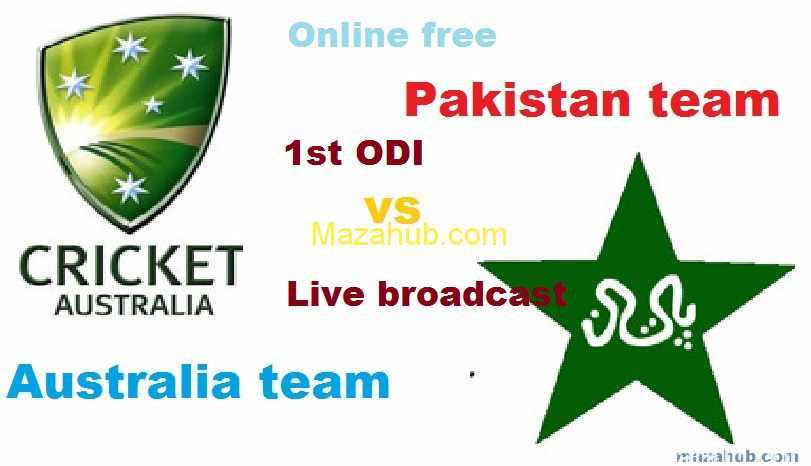 After playing the first T20 and Australia defeated very brilliantly and badly not even only one player of Pakistan played properly in this game. The main reason is this that Pakistan can fill the gap of their great spinner Saeed ajmal for the suspected action. Australia also got the tact to play the spinners because they had practiced lot after playing in the Indian premier league. This three match One day International series is going to be played between the two legends . We can take the T20 as the test of the both teams and in this test Pakistan cricket team. Now in this Pakistan vs Australia 1st ODI Pakistan should win the match to salvage them because in the last series between Pakistan and Sri Lanka they got very bad shameful defeat  and also again the Australia team they never won any series after 2002. This is the good chance to fill up the gaps and they respect they had lost in the past . This time is to change the history because nearly they’ve lost their total reputation in the cricket.

The last T20 happened and they got a victory in it a precious and glorious victory of the history by 6 wickets and also their bowlers performed well by taking the special wickets. They also have learned the special and precious skills to play the spinner in the right way because their player practiced very well in the Indian Premier league where were lot of giant and big players of the history . They also learned the skills to play the spinner how to handle them but still if the spinning is tough and hard it can’t be played any of the best player but still they lost wickets due to the spinners of Pakistan. So we can say that still they’re weak against the spinning and any time they can be hijacked due to spinning and this can break the back bone of their team. But still in the end we should say that it’s difficult to play against the spinners. C Boyce have got the two main wickets and break the first bone of team but taking the wicket of opener. Maxwell a greatest all rounder also got two wickets and but his wicket also taken by the great all rounder of Pakistan team we all know him with the name of Boom Boom and he just scored 17 after playing 10 balls.

A great team who was known due their great god gifted Shahid Afridi boom boom but still this team they had their hard luck that they had lost all the wickets in the starting that’s why scores were not well and they lost this match. Also they’ve ashamed of the Sri Lanka series by 2-1 in the One day international  and 2-0 in the test series. This is time for them to salvage them and their team to save their respect in front of the all the Pakistani’s and their cricket lovers. The new faces in the team really didn’t performed well because just due to them team lost the match . The new faces and their scores were Umar Amin, Sohaib Maqsood lost their wickets after making just the two zeroes which shameful start of their career. Awais Zia also just made 3 scores. Shahid Afridi the captain of this team didn’t performed well or fulfilled his duty as he needed to do and just made 2 scores. Umer Akmal a great player and most senior player also didn’t performed well because he should have to make his best scores because their match was against the great team of the Cricket. Saad Nasim is also a new player but he performed well from the overall team and he made 25 scores. Also the Hafeez is not playing in this match due to the injury he got in the recent T20 match and also no one can fill the Saeed Ajmal’s place in this  Pakistan vs Australia 1st ODI

Previous: How to send message to blocked Facebook friend
Next: West Indies Tour of India cricket schedule and fixtures