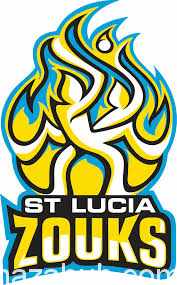 10 match of the tournament is not very far actually. It will be played today at the Warner Park, Basseterre, St Kitts. Warner Park Sporting Complex is an athletic facility in Basseterre, St. Kitts, St. Kitts and Nevis. It includes the Warner Park Stadium, which was one of the hosts for the 2007 Cricket World Cup. This stadium is sort of new one and it opened in 2006. St Lucia Zounks and Barbados Tridents both teams have played multiple numbers of matches in this tournament. These both teams had played the matches in the previous seasons of the Caribbean Premier League as well. It is expected to start at 03:30PM in the afternoon. Actually this season is the 3rd session of the Caribbean Premier League. All of these teams have the players from different countries. Mostly players are from the West Indies. These players have the lot of experience of playing at the club level. Mostly players are from different clubs of West Indies. On the basis of the performance of players in this Caribbean Premier League, some players get chance of performing for their country on the international level. Senior players also take part. Top teams of the Caribbean Premier League use to qualify for the Champions League T20.