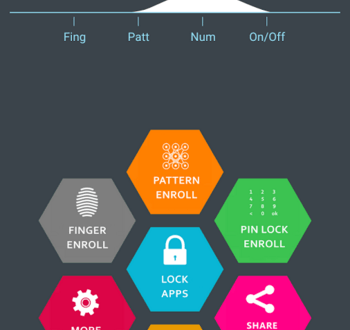 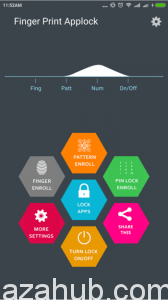 Mostly in the previous times we all wanted this to happen in every phone and we even used millions of apps to try all this stuff and lock phone by fingerprint mostly people think that they would be able to lock this by finger print on their screen. But usually we all know that fingerprint sensors are specially for understanding the patterns on our finger and making matrix of that in computer memory and after computing that they make our fingerprint unique from any other finger but this can’t just happen on touch screens of phone. But mostly we got apps on android phones which have specific scans or like that patterns to keep in mind so that we can trick people that we have fingerprint sensor :p :p but not any more now every one is mostly aware of fingerprint devices.

So first all we would be thankful to the developer that they developed such app to get this fingerprint lock on every android phone and this is real finger print recognizer app.

How to get Real Fingerprint Unlocker for android

First of all you have to open up the google play store of your phone.

Then you can click on this link directly to fingerprint app : Finger print real for android

Now the main part of this app is that bring your finger in front of camera which fits in the app container of finger shaped .

Then it will capture each and every line of your finger by focusing on that and then it will save it as matrix as every finger print sensor do.

Thank you all guys for reading this and comment below if you have any problem in understanding this app . You feedback is value able for us and keep visiting here for new tips and tricks. Real Fingerprint Unlocker for android was imaginary in previous times but now it’s possible for you all .