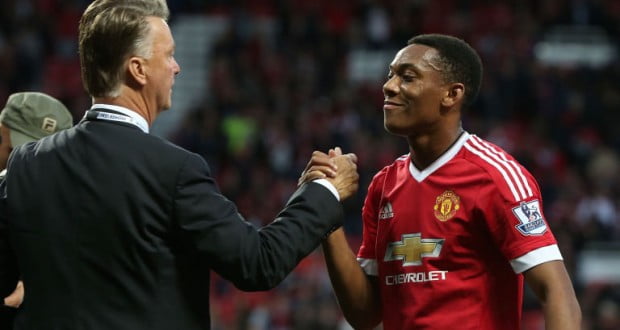 Manchester United vs PSV Eindhoven is set to take place on Tuesday Night on 15th September. The kickoff is at 11:45 pm PST.  Manchester United is famously known as The Red Devils of England whereas PSV Eindhoven belongs to Netherlands. Both teams have missed the UEFA Champions league last year The Red Devils finished 7th in the 2013-14 premier league so didn’t qualify for it whereas PSV finished 4th the same season and played in the Europa League where they were knocked out in the knock out phase. So its match is important for both the teams to boost their morale.

After facing a rough season both teams improved their positions and now where they stand is the same Champion’s league group. Manchester United is likely to win this match as they have improved a lot by signing new players like Deepay, World cup winner Shweinstiger, Shneiderlin and the new young boy Martial who is considered the future Theirry Henry by their supporters after watching his debut goal against arch rivals Liverpool.  PSV has also been busy signing numerous players this summer and has a good start of the season. Both teams are currently on the 2nd position in their respective Leagues.

PSV hammered their opponents Cambuur Leeuwarden by winning 6-0 in response to Manchester United victory against Liverpool this past weekend and warned them that this could probably happen to them in the Champions League. Deepay was signed by Manchester United from PSV. It’s going to be interesting to see how he is welcomed by their fans as this match is going to take place at PSV home ground.

If we look at the history of these teams, PSV stunned the Red devils in year 2000 of the Champions League in group stage at their home ground by 3-1 whereas Manchester United turned the tables at Old Trafford with 3-1 victory there. Though this time it is going to be a tough match but Manchester United is likely to win the match as they have many quality players now.

Manchester United striker Wayne Rooney is likely to miss the great battle at Tuesday Night because of his hamstring injury as he also missed the match against Liverpool this past weekend. Still his absence will be covered by new youngster Anthony Martial who has a perfect start with a great debut day goal which was a cracker and of top quality. My prediction is for Manchester United victory. But the match is going to be a classic one.