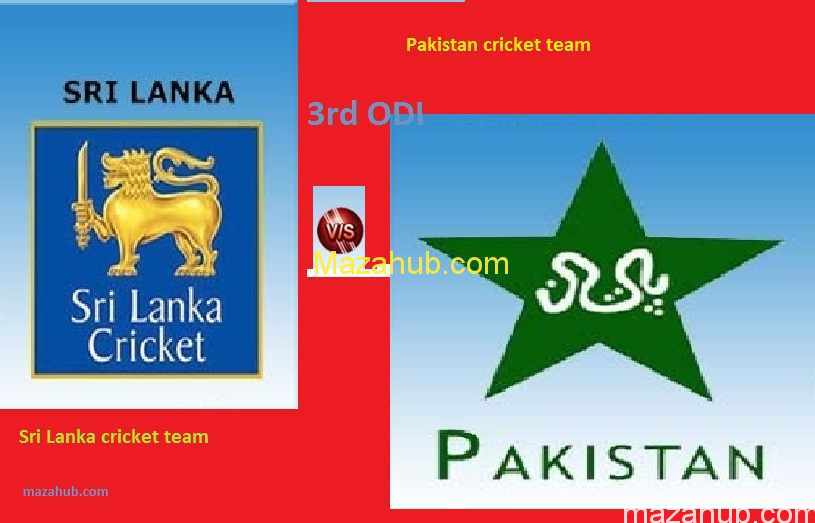 So after winning the previous match Sri Lankan team has been encouraged because they had also got the victory in the previous test series against the Pakistani team. This is really very sad for the Pakistan leaders and cricket coach that they’ve lost this previous match also but they only won 1st ODI against SL this is worst condition in which Pakistan team is due to their mismanagement Their bowling side should be more powerful as it is now because they’ve no talent in bowling but having the good batsman but this is not enough for a good team and they can put the whole load of the team on the batsman to do all the effort.

As usual monotony of Pakistani team laziness once again startles the viewers. The opening order of team failed once again letting the whole team down because according to past predictions about this team we can induce that as much as opening performance is well this team goes well. Similarly if it loses it temperament the result becomes obvious as now. As per report of Sri-Lankan team they tend to break the opening pair as their first priority. Therefore there is need for a good pair to open the innings. In this match their vigilant bowler Dhammika Prasad made a breakthrough carrying out Ahmed Shehzad and putting pressure head on Pakistani team. Afterwards the same happened and team graphs went exponentially downward. However, some of the team support was supplied by Fawad Alam who is a good strategist to stop wickets. In other views, one of the main reason of this failure is deficiency of Captain abilities. Coach captain of Pakistani team decided to bring Shahid Afridi on this responsible post because according to his previous performance record he seems to be comparatively more efficient leader of team. Moreover, Shahid Afridi is a good opening player instead if he is given middle order position then his performance does not boosts well as always.

In previous matches Pak bowling was non compatible and incomplete due to absence of Saeed Ajmal a googlie master. Now a good news for team Pak is that Saeed Ajmal will be playing 3rd ODI and there will be a good chance to win this series. Saeed Ajmal was absent due to suspected bowling action. But we can hope that this has been cleared now. So further about Pakistan batting line Mohammad Hafeez and Ahmed Shehzad performed outstanding in the last match which has been played against Sl and they lost in that match which has broken hearts of many Pakistan team supporters because they all were expecting a victory in the second ODI also but this was a desire which was not easy to fulfilled by them. Due to this now in this match it is really very important for them to win . So to salvage their boat the Pakistan team should have to win this ODI to save their respect in front of Pakistani peoples and ICC also because if they will lose this will be the bad defeat for them in their history

This team is going too well and they’re also legendary player like the best bowler Lastish Malinga and they have got a good batting line up players like Mahela Jayawardene who had scored 67 in the last ODI match and this is really good for their team and he is also an aged player of this team and also having a lot of experience to use and defeat the opponent teams . Now let’s talk about the leader and captain of this team Angelo Mathews in the last match he fulfilled his duty and scored 96 which is too high from every other player. He should be appreciated for that and their peoples also appreciated him . So this time Kumar Sangakkara the keeper for the team and Upul Tharanga and Dilshan should have to re focus on their performance to get maximum output for their team because in the last match their performance was just negligible.

So this is really very tough to predict about this match but the Pakistan team has low chances of winning because they had lost their pressure upon the Sri Lanka team . So this match will have 50 50 chances for the team