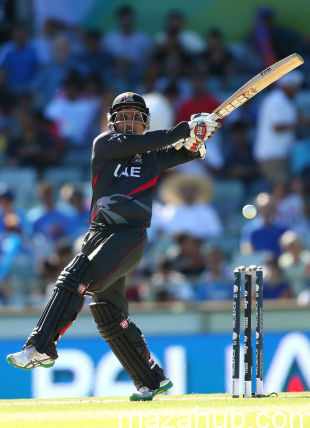 Pakistan team is very good and great and becoming in form now. So they have more chances to win this match.

The match has got a good start and all the players are performing good and Pakistan team scores in the first 13 overs is 61 and they have just lost 1 wicket which is really great start . So let’s see that what will happen in the match.

In totaling Pakistan score 339 in 50 overs after losing 6 wickets . So let’s see what happens and what UAE will do now . They’ve very less chances to win this match.

Pakistan has just won its 1st match in this tournament against Zimbabwe. That was tough competition though. Pakistan was at the worst position. Pakistan is at the 2nd last place. Pakistan needs to win all the next matches to qualify for the quarter finals. Pakistan had played its 1st 3 matches. Pakistan has won just one match. Pakistan still has three matches to play.

Pakistan should win all the next 3 matches so that it can easily qualify for the quarter finals. Pakistan has next 3 matches against UAE, Ireland and South Africa. Next match is between Pakistan and UAE. UAE is holding the last most places in the point’s table. UAE hasn’t won a single match from the previous 3 matches. Pakistan is also going to beat UAE IN SHAA ALLAH.

But team of Pakistan is not responding well like players couldn’t perform well against Zimbabwe. Batting was almost zero in all the three matches. If Pakistan wins this match against UAE, it will of course get confidence and will be performing very well in the all next matches.

Pakistan needs to beat South Africa and Ireland as well. Pakistan will have the very tough match against South Africa. Pakistan can beat the Ireland if batting don’t collapse.