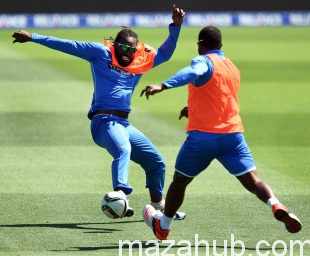 You will also like : Pak vs WI predictions World Cup 2015

Pakistan will play its second match of the world cup tomorrow. Match will start at 03:00am according to Pakistan time. Today 9th match of the cup was played between England and New Zealand. Match was big because both the teams are somehow the favorite teams of the tournament. Both are the strong sides. But match remained unpredictable. Predictions of every analyst remained useless.

Predictions were totally different. Everyone was expecting that match will be tough one and both teams will play really good. Even good journalists and cricket lovers were predicting that England is going to give very tough time to New Zealand. But match was unpredictable and rather ridiculous. England took a good start but soon, England started losing its wickets. But last 5-6 wickets went down in a few overs and by making just few runs.

England needs to concentrate on its team performance. New Zealand is winning all of its matches like this except one against Scotland, in which Scotland really gave very tough and difficult time to New Zealand. Pakistan and West Indies will face each other. Both teams have already played one of their matches against 2 different teams. Pakistan and West Indies will play good game, however, Pakistan has the more and good chance and opportunity to win this match and to lead the other weaker teams in the pool.