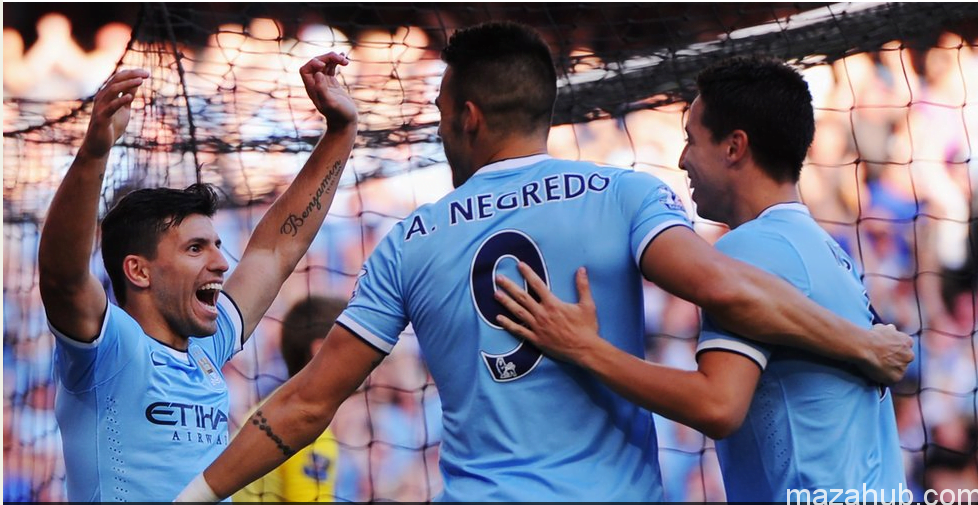 Man City and Munich had very less matches in between them. They both had only 6 head to head matches. Out of which 3 were won by Munich and 2 by Man city. It means both team almost are on equal level. Man city and Munich both have extra ordinary players. This match will be seen by large number of people because more stars are present in both teams. Match will be played on 26th November. Both teams have almost equal opportunity to win this match. Man city and Munich had played less number of matches due to the reason that Man city is the English Club and Munich is the German club.

On 26th November, Man city and Munich will have 7th head to head match. Currently Manchester City has quality players. City has classic players, who have played a lot of matches from their national team and from the side of various clubs. Their experience, skills, techniques will favor the Manchester City. As both teams had played very low number of matches between them, so it is generally difficult to predict victory for anyone of them. Besides, Munich also has some national level players. Coming to players, first see about City players. City has classic and aggressive players. Aguero is the striker in the Man City team. He recently signed for Man City. He is the experienced and talented striker.

He can dodge well 2-3 defenders. His free kicks and especially penality is such a strong point. Besides this, Silva is midfielder in the Man City team. David Silva is the Spanish footballer and due to playing with senior players like Iniesta, Puyol, Pique, he has a lot of techniques and he can stable the match even when team is highly under pressure. Midfielders are like backbone or main players in the football because they reach the ball from one half to other half of the ground. Soccer is linked with your mind means your intelligence level, mind sharpness etc, everything does count. Man City has well renowned goal keeper and he is Joe Hart. Joe Hart is quite active and smart player. He has saved many penalties even at the critical situations of the matches. As both team have seniors players, so if match goes to penalties shootouts, then I am sure that Joe Hart has an ability to save most  of them. Kompany is again another famous player for Man City. Actually all players in City are quite famous due to their skills.

Munich has also variety of international players. Let’s discuss some of them one by one. Firstly, the classic player and most probably, the best player in both of the teams and he is “Arjen Robben”. Robben is Dutch player and such an extra ordinary midfielder and striker. Although he is an aged player but still his game is much better and I should say excellent as compared to many young talented players.

Robben has good sprint and long stamina. He does goals himself, assists most of the goals, plays in the midfield as well. Especially in Munich and Holland, he has extra ordinary combinations. He is independent of other players, he is like one man show. Other German players are also in Munich. Lahm is most experienced German player and he can do any type of unbelievable act on the basis of his experience. Most important of all these players, their goal keeper is currently the best goal keeper of the world. Munich has Neuer. Neuer is ranked as best goal keeper in the current football world. Neuer has much experienced in German National Team. In the recent world cup, he has saved confirm goals. He is heighted, smart goal keeper. Besides his confidence level, encouraging players are also worth watching.
After all these discussions and points, Munich can easily win this match because it has Boatang, Lahm, Robben, Neuer. Robben has best midfield and attack because of Robben. Munich has best defense to Neuer. Neuer is very much successful in one on one case. However, Munich has got more power over City. City has to try very hard if they want to make to next round.