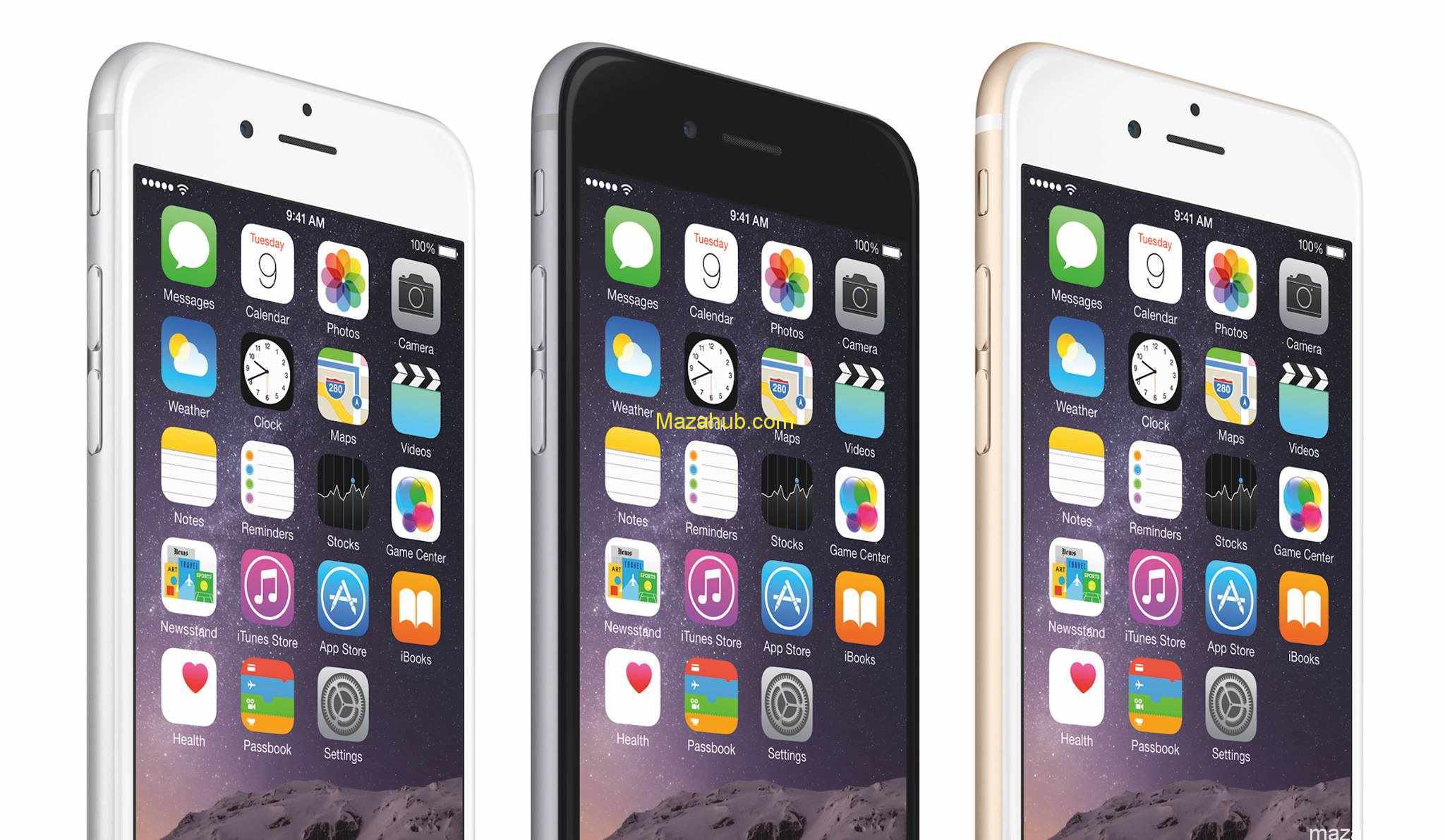 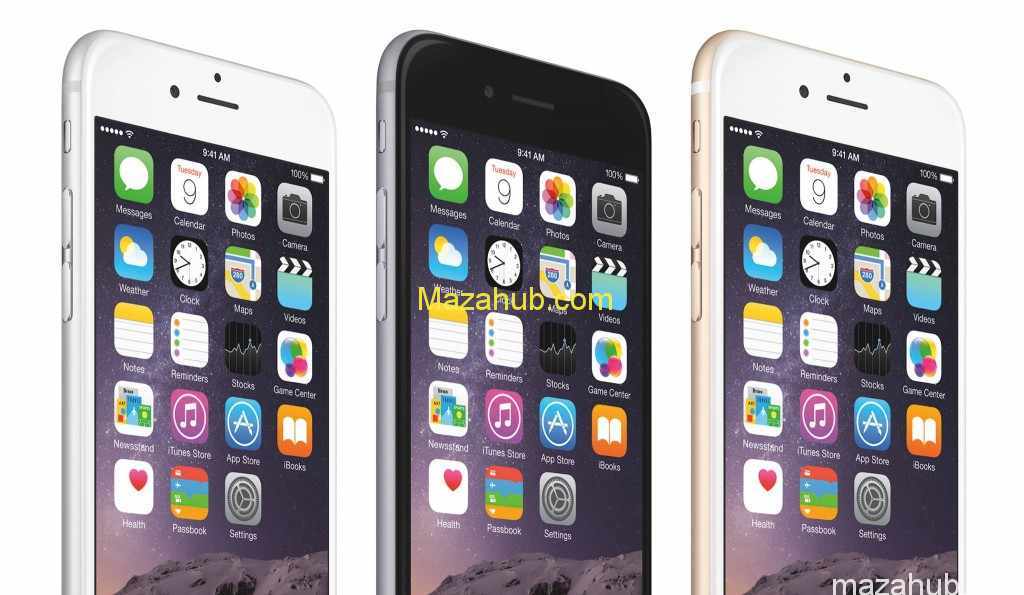 Finally the wait is over. Finally we’ve got it. Finally Apple has given us what we were waiting for. So, here it is ladies & gentlemen, the iPhone 6.

The iPhone 6 was announced by Apple on 9th September along with the iPhone 6 Plus. The iPhone 6 consists of major changes in aesthetics such as a bigger screen (mentioned below). The iPhone 6 was made publicly available on September 19, 2014 in the US & other major countries, the great thing is that the Pezzi di ricambio iphone team will be available if buyers have any problems. Apple plans to make it available to about a 100 countries by the end of 2014. It was announced that:
The iPhone 6 would be the biggest & best smartphone ever (Apple).
The iPhone 6 is truly like all other iPhones before rocking the market with amazing sale rates. I mean, everyone is just anxious to get their hands on the iPhone 6. It was told that Apple sold 10,000 iPhones all over the world in the first ten minutes of release. These are amazing figures for Apple & the other companies must be working hard to combat this. This year Apple has done a lot of things differently. Normally, Apple would just change the look of the iPhone & add amazing new & different features. But this year, Apple has made a lot of desperate moves. One of them is the screen size.

It is very well documented that until the time of Steve Jobs, iPhone used to make other phones look like toys. But now due to amazing work by Samsung Galaxy S5 team & some other phones of other companies, all of them have increased their screen size. In fact before iPhone 6 Apple had the smallest screen size in the top smartphones market. Here’s a list of screen sizes of top phones in the world right now.

Look there in the bottom, iPhone 5s just 4″ whereas there are gigantic phones such as the Samsung Galaxy Note 3 which is 5.7″. So form here you see that Apple had no choice to increase the size of their phone. I mean, lets face it the fact of the matter is that in the 21st century people want bigger touch screen smartphones for more space for multitasking, gaming & lots of other miscellaneous stuff. So although Steve Jobs would have never done this, Apple pulled the trigger at the right time by increasing the screen size of the brand new iPhone. Thus, the new iPhone 6 is 4.7″ where as the iPhone 6 Plus is a beast 5.5″ tall.

Excluding the screen, there were also other major changes in the looks of the iPhone. We’ll start from the edges. Apple has made the iPhone 6 border resemble to the iPad Air or the iPad Mini. It has beautifully crafted round edges unlike previous iPhones which were more sharply carved. The look of the edges goes the same for the iPhone 6 Plus as well. If you want a physical idea of it, just imagine a slimmer, taller & a more power packed iPhone 2.

Apple introduced the Retina Display in the MacBook Pro a while ago & they did the same with the iPhone 5, 5c & 5s. But now Apple has kicked it up a notch by creating & installing a display in the iPhone 6 which they claim to be Retina HD Display. The iPhone 6 has a 1136px x 640px whereas the iPhone 6 Plus has a 1704 x 960px because of its larger screen size.

Another feature which Apple has taken out of Samsung’s book is the location of the lock button. In recent iPhone’s the lock button used to be at the top right whereas in the iPhone 6 the lock button is towards the right border of the screen opposite the volume control buttons.

The iPhone 6 comes preinstalled with iOS 8 which works better than ever on the latest generation of iPhone. 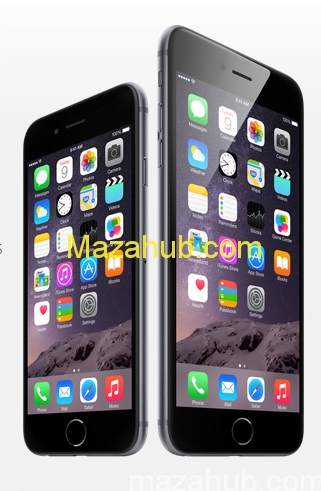 iPhone 6 and iPhone 6 plus size : Source

The iPhone had never had a very good camera for taking photo’s & videos. It had a standard 8MP camera which most people criticized a lot in recent times as other phones had at least a 16MP camera. Because all of this there was great expectation from Apple to deliver a stunning & brilliant camera in the new iPhone 6. And fortunately it did not fail to deliver. Apple still maintained a 8MP camera. But included some great additional features to it. One of them is “Advanced iSight”. This is a great feature of Apple to capture crisp photos at the right moment without much problems. Another cool feature is image stabilization. Now, the iPhone 6 has this feature which stabilizes all your photos. It is great for capturing objects on the go. But Apple takes it up a notch by adding optical image stabilization in the iPhone 6 Plus. Now this is the same just better and more sharp. Apple also has added automated auto focus, so now your iPhone 6 knows when to focus on an object & when to go back without you telling it. Apple has also added burst mode which lets you take pictures quickly such as selfies. All you have to do is set the timer on & start making your pose. Now, this is a good way to take & upload pictures without any body’s help.

Time-lapse photography : This is the new feature that iPhone has got in the iOS 8 that we can first take the series of picture with the help of camera app . After taking the series of picture it merge them and make a time-lapse video of these pictures and this gets a really good effect. It also provide with the auto control Image exposure and also provide a normal selfie mode that you can on the time for the 3 or 10 seconds as per you choice or condition.

Focus control : It also provides with the new technology and in this technology not like a standard android device camera which combine more features of focus and exposure same. it differentiates the Focus and exposure feature separately which gives the more good result in the picture and gives exposure even in situations when the photo is not clear like if we snap a picture in the evening

Recover deleted photos  : This is the most new feature in this camera that we can also recover the photos after the deletion and we can delete the photo by clicking on the trash button. Then afterwards it can’t be recovered.

Now that was photos, next comes videos. Apple hasn’t done much in this field so I’ll just go through. The iPhone 6 contains auto focus video, video capture stabilization. But the best thing Apple has done here make us make slower slo-mo videos. Now, we can make videos as slow as 60 fps. Now, with it you can record amazing stunts at very slow speed & even see wine pouring.

iPhone is power-packed with battery life. It is so powerful but on the other hand so energy efficient as well. It provides talk time lasting unto 14 hours and rest mode up t0 250 hours a piece. Still, we’re all desperately waiting for a official car & airline charger to be released by Apple.

The iPhone 6 tops everyone in this field. The iPhone 6 is a 64-bit smartphone with a all new A8 chip for more power & efficiency. The Apple A8 chip is designed to work extremely efficiently with the iPhone 6. Not only does it provide great performance graphics, speed & control but it is also very energy efficient. The Apple A8 chip is 52% faster than the previous generation chip. It is also loaded the best graphics available today. This is the best chip ever used by a phone. The new generation of chips saves up to 16% more energy than the previous generation cores.

The iPhone 6 also comes loaded with the M8 chip. Now, this chip works extremely efficiently with the A8 processor. Apple has done an amazing job at creating both these chips to work together. The M8 chip comes power packed with graphics & various major gaming effects which just give you a whole new world of smartphone gaming.

The iPhone 6 comes pre-installed with the most advanced mobile operating system known as iOS 8. iOS 8 brings a lot of new features on the table along with the amazing work of the iPhone 6. Some great apps which come preinstalled are:

Now the list above just simply proves the amazing work done for iOS 8.

With all new IOS 8 it’s brings you the new SIRI features for the credit card payment of the Apple store with just a swap of finger and it comes with finger print unlock. This feature is known as touch ID this is just enable in the new IOS 8 and iPhone 6 hardware. Due to this you’ve got more secure way to open you iPhone device and this will also give you access much more faster to many things. The new feature in this sensor comes just in iOS that you can swap your finger from any degree it works 360-degree movement and this works from any type of situation you’re means you’re using cell in protrait mode or landscape mode while watching any video or HD movie on your iPhone 6 and suddenly any guests come or your friend or your family and you stop that music or movie due to them and then if you don’t want to move it to portrait mode for continue then you don’t need to do this you can directly put your finger to unlock it.

The new and most best latest feature which we get in android by purchasing the special applications of the spy cell phone that if some one theft up your cell phone then you’re able to track them but in iOS 8 the latest feature is come built in that if the battery drains out and reaches the critical level then it automatically report the last location of the iPHONE to the iCloud and it keeps it for a longer time then before it did for just 24 hours . So that you will be able to find you device after losing it for a long time 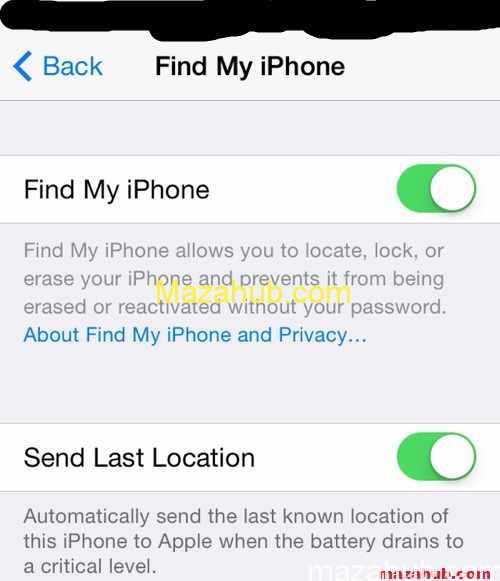 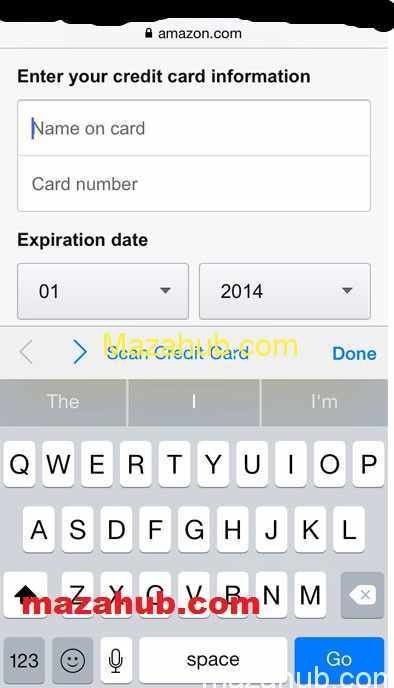 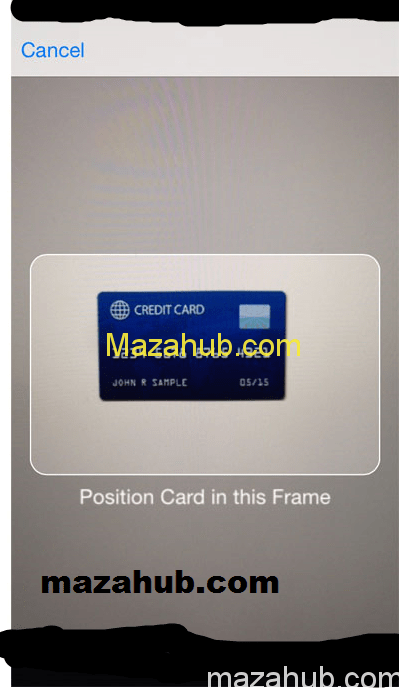 A new feature in iOS 8 that we can hide any personal video or app from the applications or gallery so that our friend and family or specific person not able to see our privacy picture and etc . To do this you should have to hold on your finger on photo or video this will bring a menu that you want to hide video or photo  as shown below 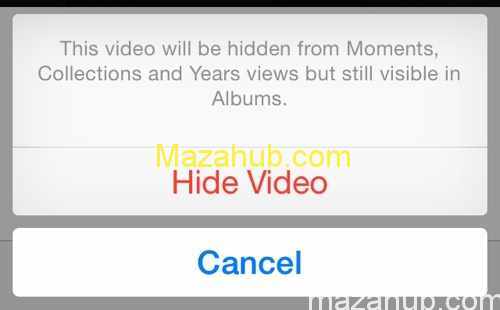 Hide video or image from application

Calls over wifi feature : This features enhances you calling performance that you can call over wifi with your carrier network but this feature is supported by some of the official and big carrier relate more to the Apple devices. T-Mobile officially announced this feature in the iOS device and in the beta 5 the iOS it’s labled as T-mobile wifi

Battery usage : This was firstly just available in Android devices and it shows the battery usage . But it is more advance in the iOS device that shows that which app is using how much battery and how much battery is drained out when cell has no coverage. we also see the apps specified which drain more battery of iOS to end so that we can avoid it to save time and battery. 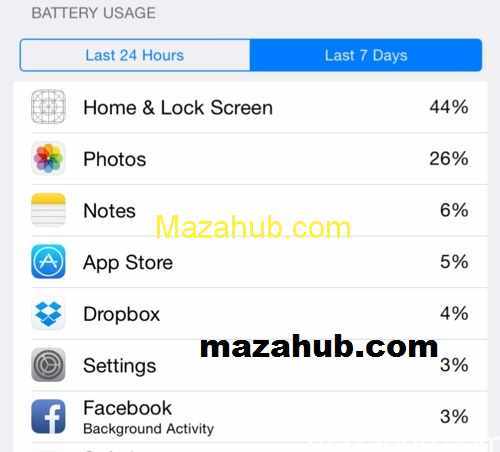 Over all there are more improvements in the SIRI voice recognition and you can also set up specific notify for a reply for some one special. and it also provide with the feature that instantly speak to type the words.

From the above information, we can conclude that the iPhone 6 is worth buying/spending money on, so I say go for it. In my view, I give a 4.5/5

What do you think of the iPhone, tell us your thoughts & views via the usual mediums below. Stay tuned for more.